Have you ever read a book and about halfway through – for some reason you couldn’t quite put your finger on – you started to feel bored?

There’s a lot of reasons for this:  lack of forward momentum, too much backstory, poor writing, not enough tension, nothing big for the characters to do, no important stakes. But there’s another reason that could underlie all these things:  boring characters. I don’t mean characters that do nothing, or have boring dialogue. I mean characters that are too perfect.

In writing, there’s an axiom:  give your characters flaws. Or more accurately, give them vulnerabilities. No one wants a hero that can’t be stopped. Where’s the fun (and tension) in that?

Imagine if we’d known Harry couldn’t be defeated by Voldemort. Would anyone have bothered to read the last book, let alone 8.3 million of us in the first 24 hours? Nope. The tension lies in the not knowing. If the reader has doubt your hero can really pull it off – whatever ‘it’ is – then they’re invested. They’re rooting for your hero. They want to see him succeed – but it’s up to you to make sure the reader is on the edge of their seat, biting their fingernails, turning the pages long past the time they should have gone to bed.

I’ve been reminded of all of this in the past week through my new favorite TV show, Lucifer, as well as the latest installments of two of my favorite book series. 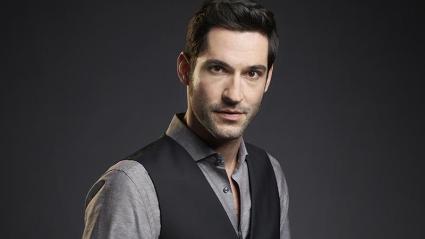 If you’re not familiar with Lucifer, it’s a fantastic show, and the main character, played by the devilishly handsome Tom Ellis, is Lucifer. In the flesh. Got bored with Hell and decided to go to Los Angeles and get a life. Though truthfully, it’s much more complicated than that, and the writers really should get Emmys for how well they’ve done with this material.

Lucifer is a tortured soul, mischievous and charming, the consummate bad boy – but beset by his own demons (both literally and figuratively). As an angel, he can’t be harmed, except by a heavenly weapon – but then he meets Detective Chloe Decker, and for some inexplicable reason, if she’s around . . . he’s mortal.

This instantly raises the stakes.

Add in the fact that he’s always with her on cases and in shootouts and the stakes are raised even higher. Let’s face it:  a hero who can fall off a ten-story building without a scratch is, well, a bit boring. Put him in proximity to Chloe, though, and suddenly there’s tension, because there’s real danger. 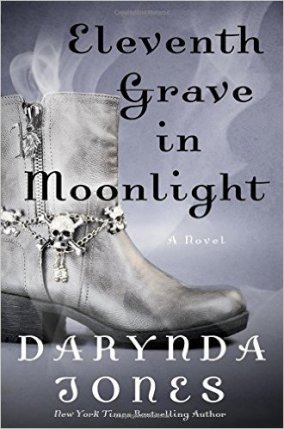 Now. If you’re not familiar with Darynda Jones’ Charley Davidson series, you’re in for a treat. Charley is a private investigator, but she’s also the Grim Reaper. She’s shiny and bright and spirits from all over not only see her, but cross through her to the other side. She was born that way. She’s also smart, sarcastic, and funny as hell even when the situation doesn’t call for it. For instance, in this book she went to rescue a client, got caught, and now they’re both about to die:

“He must be returned to the earth,” she said. “He must learn from his mistakes and be allowed to grow again.”

“You’re going to replant him?” I asked.

“Can I come back as an azalea?”

I love Charley. But I admit, this book is slightly on the boring side for one reason:  Charley can’t die. We didn’t know that until a few books ago. The first few books in the series are fantastic because Charley can’t help but put herself in harm’s way; sometimes it’s to help someone, and sometimes it’s just because she’s That Kind of Person, but we’re always on the edge of our seats because we know something bad is coming. She can heal fast, but she’s not immune to pain, torture, or dying. But now we know she’s a god, and she can heal herself. There may be a few things that can kill her, but not many. So we no longer have the great tension we once did of ‘how will she get out of this?’, because we know she can.

But by this time, Jones has created an entire world of secondary characters that are almost as endearing and fun as Charley herself – and they’re almost all mortal. She’s fiercely loyal to her human family and friends, and will do anything to save them. So we do worry for them, and for her daughter Beep, who is in hiding. But as I was reading the ending of the most recent book tonight, I realized that I was a little disappointed – because I knew Charley could get out of it any time she wanted, really. The tension of that scene was gone.

The other book I’m reading is Feversong, the last book in the Fever series by Karen Marie Moning. I. Love. These. Books. In the world Moning has created, everything has limits and rules.

Basic premise:  MacKayla Lane can see the Fae. The walls between Fae and mankind have crashed, and Mac needs to put it back up. Not easy, but she has help from the other sidhe-seers, as well as Jericho Barrons and the rest of the Nine. We don’t know exactly what the Nine are, but we know they can’t die – well, there is one way, but let’s not go there. If they do die, they just magically go back to an original starting point, heal, and then come back to Dublin.

The rules:  Mac’s human. To defeat the Fae, she can use one of two weapons that can kill them. She can also snack on Fae in order to gain their capabilities, but if she does, she’s vulnerable to her own weapon. The Nine can regenerate, but it takes a while, and in the interim, they’re gone. Sure, they return eventually, but will it be in enough time? That’s the question. So there’s built-in tension with the rules, especially before Mac knows they come back. They are vulnerable. Plus, we really like them and don’t want bad things to happen to them, either. 🙂

This is why, when you’re writing a thriller, a mystery, or – well, anything – your hero must be flawed and vulnerable. Vulnerable is the key, though. Lucifer is flawed, but without Chloe, he’s not vulnerable on any level. She makes him that way, both physically and emotionally. Charley is flawed, but again, not very vulnerable. It’s the people in her life that are her Achilles’ heel. Mac – and the Nine – are both flawed and vulnerable in certain circumstances.

Flaws make us human. Flaws lead to downfalls. Flaws lead us to make irrational choices, to do things we’d normally not otherwise do. Flaws in your characters do the same thing – they become overconfident, overlook things, get hurt, cut people out of their lives, make mistakes. In a truly good, character-driven book, it’s the flaws that help drive the narrative.

Flaws  and vulnerabilities are what we identify with as readers. Who wants a perfect main character?