Have you ever read a work of historical fiction? The setting, the clothes, everything seems okay – until suddenly, the characters do things that you know they’d never really be able to do!

This is one of the reasons why authors who write historical fiction often stay within one era – not only do they have to get the minute details correct (what kind of clocks did they have? What hats would they have worn? Wigs? Shoes? Speech? Table manners? Foods?), they also have to get the characters correct. For instance, your medieval miss isn’t going to go rogue, run out of the church in her wedding dress, and run away with a dashing knight. For starters, she belongs to her father! She can’t marry just anyone she wants!

And nowhere is historical fiction more dominant than in the romance genre.

1.) First, you have to think about what your readers want. Readers, she said, want to read about today’s issues in a historical setting. Sounds hard, doesn’t it? But if you want to write about women’s issues, then you could write about a suffragette in the early 1900s, or a young woman rebelling against marriage by entering a convent in the 1300s.

Readers want to read about the following in historical romances:  issues of parenting and motherhood; reproductive rights; different perspectives, especially between the hero and heroine; marriages of convenience and/or strategy. For example, most women in colonial America were terrified of getting pregnant, because they knew the odds were good that they, or the baby, would die. It was customary to not even name a baby until it was a year old, so you didn’t ‘get attached to it.’ What if your heroine just watched her best friend die in childbirth . . . and her new husband wants a family right away?

2.) Second, you have to consider what you readers don’t want Callie said the #1 thing readers hate is language that isn’t authentic to the time period. (There’s a famous example from a Neanderthal series that said something like “the mastadon moved towards him like a freight train.”) Accents and dialect can be used as long as they don’t distract the reader. Along with that, inaccuracies in clothing, word use, etiquette, etc. Assume the reader knows all about this era. That’s who you’re writing for. Now, having said that, too much information will stifle the story. 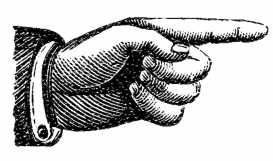 3.) As in any kind of fiction, one-dimensional characters are NOT to be tolerated! ESPECIALLY those that ‘buck the trends’ and do their own thing and step outside the bounds of society – and yet don’t pay a price for it. If your characters do this, they have to do it for a really good reason, they have to face the consequences, and you have to ground it in reality. There are people in history like this – Hildegarde of Bingen, for example, who was a well-educated nun who wrote music and advised popes – but they’re rare. Very rare.

4.) Readers despise heroines who depend on the hero for rescue. Modern women want to read about historical women with some backbone. We want heroines who know how to think for themselves, how to extricate themselves from situations, and who can make choices and decisions.

5.) That said, modern readers actually want alpha males. We want the strong, handsome guy on the proverbial white steed (mostly because we never get that in real life!). We want a guy who can command a room – BUT, we also want a hero with compassion and smarts.

So how can you accomplish all this with your characters? It’s really kind of simple:  human nature just doesn’t change. This is one thing I always try to get through to my students, too. Romans were just like us. The Greeks were just like us. So were 12th century Chinese and 17th century Germans. Human nature does not change. Societies do. We don’t. You encounter the same archetypes no matter what. You will always find inventors, explorers, artists, bullies. You’ll always find the cruel – and the good. Human weaknesses – and strengths – are the same. How society deals with that is the crux of your story.

6.) Readers do NOT want:  ‘too-stupid-to-live’ heroines (like Bella Swan); racism; discrimination or non-acceptance; sexual abuse or rape; violence (especially violence created by the hero or heroine); and stereotypes. (I know! I just told you to go out and create an Alpha Male, and then turned around and told you readers hate stereotypes. So how can you make your Alpha Male different and well-rounded? A great example is Deanna Raybourn’s Nicholas Brisbane, a societal outcast due to his Gypsy heritage. Another is my favorite, Jamie Fraser – Diana Gabaldon gives us so much about his upbringing and life that we can’t help knowing him inside and out, and knowing that whatever he does, he does for his own reasons. (This is why Facebook always lights up with fury every time the show’s writers get Jamie wrong! We know him. Better than they do!)

7.) Callie gave us one final great tidbit:  what is acceptable to editors. Editors, she said, will accept:  feminist slants, older women as protagonists; series (they want them!); and diversity – in race, society, age, body size, etc. Readers want to read about real people. Don’t go for the seventeen-year old blond beauty with lavender eyes and a 17-inch waist; go for something slightly more real. Is your heroine widowed at the horribly old age of twenty-six? Or was she basically sold into marriage, but knows now that she’s not pretty enough to attract another husband – so she turns instead to studying a skill that can bring her income, something that will bring her into contact with the hero of your story?

Remember, romance is the #1 selling genre in today’s publishing world. But the rules have changed since the ‘bodice rippers’ of the 1960s and 70s. Then, rape was a perfectly acceptable thing to have in your romance novel. Not anymore. Then, heroines didn’t have to think for themselves or save themselves. Not anymore.

So if you’re thinking of writing a historical work, or historical romance, you might keep these things in mind. Read some primary sources – not only will they give you a feel for how your characters should think and speak, but they’ll clue you in to the fact that that humans remain the same over time, no matter what.

Then, harness that in your writing.