In my defense, I was working on rewrites to two novels, classes started two weeks ago, and I’ve been taking care of various sick kitties and family members. (I prefer the kitties.)

I also rescued this: 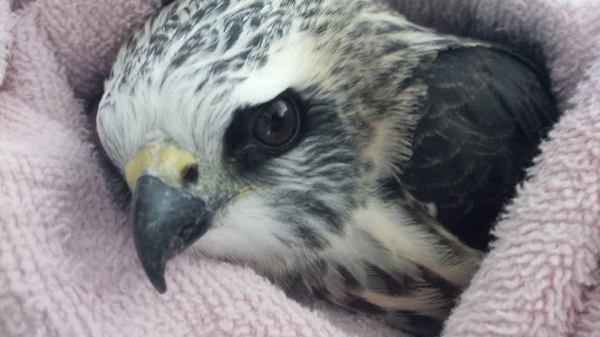 Last Saturday, I went to my favorite haunt, College Hill Coffee, to write for a couple of hours. As I walked outside, I saw a bird standing in the next street. He was small – I thought at first maybe a pigeon or a collared dove. But his long tail told me he wasn’t either of those things.

As I approached, he watched me, but other than moving a few steps away, didn’t offer much in the way of fear or even wariness. Which worried me, of course. I didn’t see any obvious injuries, but he also wasn’t flying away. And he was in the middle of a rather busy street. So I grabbed a towel from my car (yes, I keep towels in my car for emergencies EXACTLY like this!), draped it over him, and VERY carefully, wrapped him up. (I’ve done this before, yes – cover the eyes, and they are less likely to struggle or be afraid.)

Not a cheep. Not a struggle. Nothing. I called my vet. He answered. I explained the situation – at the time, I thought what I had was a young hawk. YES, he could meet me at the clinic – was 15 minutes too soon? Nope! Not at all. I think I may have gotten him out of something he didn’t want to be doing, to be honest . . . so, Birdie and I got in the car and took off. I was glad no one stopped me. I don’t know how I would have explained that I had a wild bird wrapped up in a towel on my lap. I mean, it sounds totally logical to me, but I’m not sure how logical it would seem to anyone else.

Now, we know that Buckbeak is a Mississippi Kite. They are among the smallest of the raptors, and Buckbeak is a juvenile, probably less than 8 weeks old, because at 8 weeks, they begin to change color and go grey. He was very weak and dehydrated when I found him, and also had two broken bones in one wing. Everyone at the clinic has fallen in love with him; he has a large area in which to move and chase his bugs (he won’t eat anything dead, they tell me), and we are hoping he will heal well enough to be released. However, as you can tell, he’s becoming quite trusting and is a total camera hog! I am hoping that if he can’t be released, we can find him a program where he could be a a educational bird. 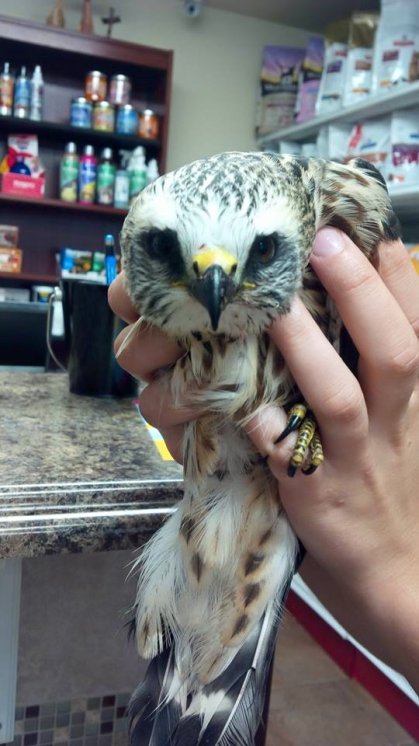