I haven’t written much lately because life’s been going in a million different directions.

First – I had my presentation about my research into George Kimmel’s disappearance that I had to prep for (which went great, by the way, thanks for asking, none of my friends did). That took a long time because I had to go back over the material, and dig back into the depositions, and look at the newspapers from my personal godsend, newspapers.com . . . so that meant time away from writing.

Second – well, frankly, I don’t have a second. I’ve been reading books for the ICT Reads challenge (read 11 books, 11 different categories), and getting through my to-be-read list. And some of the books have been amazing! Now, if you’re looking for a ‘beach read,’ this is not that list. But if you’re looking for something that will make you think, here’s a few: 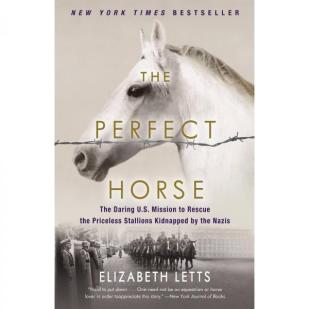 The Perfect Horse, Elizabeth Letts – this book is about the fight to save the famed Lipizanners of the Spanish Riding School, during World War II. What I always heard was a dumbed-down version:  Alois Podhajsky, Director of the School, asked General Patton to save them, and convinced him by doing a riding demonstration of the stallions’ talents. Not necessarily true! There were many people – American and Nazi, Polish and Austrian – who worked tirelessly together to save these horses from being killed by the Russians. Note:  if you grew up during the Cold War like I did, this book will not make you like the Russians any more than you probably do now – which, if you’re like me, isn’t very much.

Notes From a Small Island, Bill Bryson – hands down the best, funniest, and most heartfelt look at Britain ever written. If you don’t want to go to Britain, you will after reading this. Bryson doesn’t pull punches, but he manages to find something endearing even in the worst situations. It is absolutely laugh-out-loud funny in places, so be warned and don’t read it in public unless you’re willing to let others in on the secret!

Dominion, C.J. Sansom – I’ve read Sansom’s Matthew Shardlake novels, set during the Dissolution period (1530s – 40s) in England. So when I saw this cover, I felt compelled to see what it was about. Fact:  this is the absolute scariest book I’ve ever read. Forget Stephen King. Forget Dean Koontz. They write about monsters and crap that isn’t real. But this – When I explain World War II for my students, I tell them to think about it as a giant chess game:  all the people, all the pieces had to be in their precise place in order for the Allies to win. Hitler had to survive numerous attempts on his life; Churchill had to be pulled from the morass to become PM; Roosevelt had to be elected to an unprecedented third term; King Edward had to abdicate his throne, leaving it to his younger brother. But remove just one piece . . . and what happens? This book. It’s set in 1952, twelve years after Britain surrendered to Nazi Germany and became ‘allies’ of Hitler. Churchill never became Prime Minister, and there was no one to convince the people to fight. So now, the police work with the Gestapo to root out dissenters; the Resistance is trying to gain ground against a corrupt British government; and I feel such revulsion in knowing that this is all extremely plausible and could have happened. It makes you think. It makes you realize what might have been.

The Forger’s Spell, Edward Dolnick – LOVE this book! Last year I bought a bunch of books for a YA novel I was toying with writing (still am, don’t go getting any ideas!), about art heists, forgeries, and the Nazi quest to steal all the great treasures of Europe for themselves. This one, I read first. Dolnick is an art lover, and a great storyteller. The book is about the ‘career’ of Hans van Meegeren, a hack painter (seriously, how anyone could mistake his crappy, creepy stuff for Vermeer is beyond me!) who made a fortune during the 1930s and 40s selling faked masterpieces to the Nazis. Dolnick does a great job of explaining precisely how van Meegeren was able to do this – and get away with it for so long. A great story, and highly recommended.

Now that I’m off for summer, I’ll be getting back to work on the novels (once I get over this stupid sinus infection and can keep my eyes open, anyway!), and writing about that process. I can tell you right now:  the theme of the summer will be rewrites. But for now, if any of these books tickles your fancy, do grab them!