Last October, I went to the barn and heard a very familiar sound – kittens crying. After an intense search, I found the four babies, premature and abandoned, and spent the next eight weeks saving them. Only two survived: Maximus Imperius, and Tiny.

They were so small for the first three weeks that they had to be fed with an eyedropper. To give you some idea how small they were, the basket they’re in here is only 5″ wide and 6.5″ long! I sneaked them into my office every day, until they were able to go 3-4 hours between feedings.

Finally, they started to get bigger, and more rambunctious. Tiny learned to ride on my shoulder. Maximus started doing Gene Simmons impersonations.

Today, The Fiends are STILL itty-bitty kitties, even though they’re 9 months old and basically fully grown, Maximus has topped out at nearly five pounds, and Tiny is holding strong at 3 pounds. Maximus is scary-smart, and his new favorite trick is to jump into the freezer when I’m not looking. I have no idea why. Though they do like their ‘alone time’ now, they still share a bond that makes them inseparable.

I’ve been struggling with my young adult novel, and whenever I find myself floundering, I turn to writing books to kick-start the brain, and look at things from a different perspective. This time, I picked up The Breakout Novelist:  How to Craft Novels That Stand Out and Sell by Donald Maass.

One thing I was struggling with was my secondary characters. I don’t know why exactly, but in my previous novels, my secondary characters have been great – they come onstage, they fulfill their roles, and sometimes they even take over scenes. They have voices, backgrounds, traits, goals and dreams. They both further and hinder my protagonists. Which is precisely what a good secondary character should do. But in my YA novel – not so much!

Maass emphasizes that your secondary characters need a purpose. Are they there to be sidekicks to your MC, like Ron and Hermione were for Harry Potter? Are they there to be your MC’s antagonists (like Draco Malfoy)? How do they further the plot, and what role do they play in that (Sirius Black, Dumbledore, Mad-Eye Moody)? If your secondary characters don’t do anything other than be a talking head (unless you’re talking about Bob the Skull from Harry Dresden), then there’s room for improvement.

As I mulled this over (and continue to mull this over), I was delighted to find one of my favorite movies on TV yesterday – John Ford’s The Quiet Man. Starring John Wayne and Maureen O’Hara, it’s about an American boxer who goes back home to Ireland after a tragic incident in the ring, and falls in love with the sister of the town bully. I love this movie – it’s so well-written, so wry and funny. It’s got great tension and conflict. But what struck me as I watched it yesterday is how much the secondary characters play a role!

Sean Thornton (John Wayne) arrives in Ireland to find Michaleen O’Flynn waiting for him at the train station. He’ll be Sean’s sidekick, giving him sage advice, acting as his mediator, and educating him on the social conduct of Ireland (“‘Tis a bold, shameful man you are, Sean Thornton! And who taught you to be playing patty-fingers in the holy water?”) 🙂

Then there’s Will Danahur, the brother of Mary Kate, Sean’s love interest. A typical selfish bully, Danahur has one weakness:  he’s in love with the Widow Tillane. When Sean outbids Danahur on a cottage (owned by the Widow Tillane), he swears vengeance, and when Sean asks for Mary Kate’s hand in marriage, he denies the request.

Enter two more secondary characters, the Reverend Playfair and Father Lonergan. Together with Michaleen, they plot to get Danahur to change his mind by insinuating that if he got Mary Kate out of the house, the Widow Tillane might be willing to marry him. (“Two women in the house. And one of them a redhead.”) That’s not Sean’s doing! He knows nothing of it. These three take it upon themselves to change the fates of all involved. And it works – sort of. Danahur relents, only to screw things up at the wedding and then refuse to give Mary Kate her dowry. Without that, she can’t consider herself truly married.

Notice how little Sean does here? He’s the title character, but it’s this lovely cast that does the major work! Why? Because Sean’s afraid to fight. He killed a man in the ring – he didn’t mean to, but he refuses to risk it again. It’s not until he finally realizes his marriage – and his reputation – are in jeopardy that he stands up to Danahur and they have their major sprawling donnybrook (“Marquis of Queensbury Rules!”). Mary Kate, secure in the knowledge that her husband really does love her, simply saunters off, calling over her shoulder that she’ll “have the supper on when you get home.”

THIS IS HOW YOUR SECONDARY CHARACTERS SHOULD BEHAVE. They need to give your protagonist something to react to. If it feels like your story is growing stagnant, don’t look to plot – look to your secondary characters.

I know it’s emphasized over and over again that your MC drives the novel. But the secondary characters are the foundation on which your MC’s story is built. By ensuring they’re as strong and vibrant as you can, you’ll ensure that your MC’s journey is just as compelling.

For pure power and beauty, there’s nothing quite like the Kansas sky. Changing from moment to moment, it can be the clearest bluest blue imaginable one moment, full of clouds the next.

This time of year, every head turns to the sky as farmers determine if the time is right to cut hay, if the wheat can be harvested before the next rainfall, if the kids can get in one more inning before full dark. Every season brings something different, from the brilliant winter sunsets to the harvest moon in the fall, to the huge storm clouds of spring and summer. 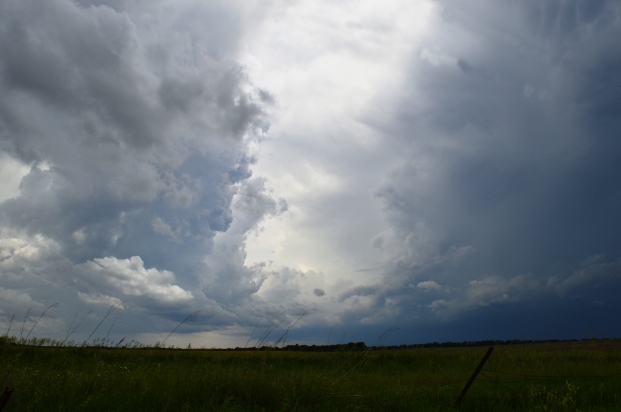 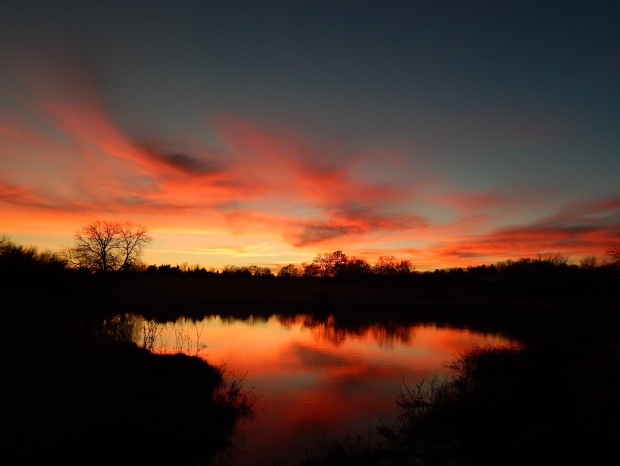 I wasn’t sure I had anything that would go along with this week’s theme of Numbers, but then I remembered this one:

I took this last year, during an outing with my photography group. The idea was to take everyday objects and use them in our photos, or to photograph them in odd and unusual ways. It’s sort of hard for me to do odd and unusual, so . . . yeah.

Then I found this one. I ran across this sign in a back alley in my home town – I think it’s from the 1940s or 50s, back when all the downtown buildings had businesses on the first AND second floors, and things were still thriving. Now, of course, this old sign – this little piece of history – is just a board over a broken window. 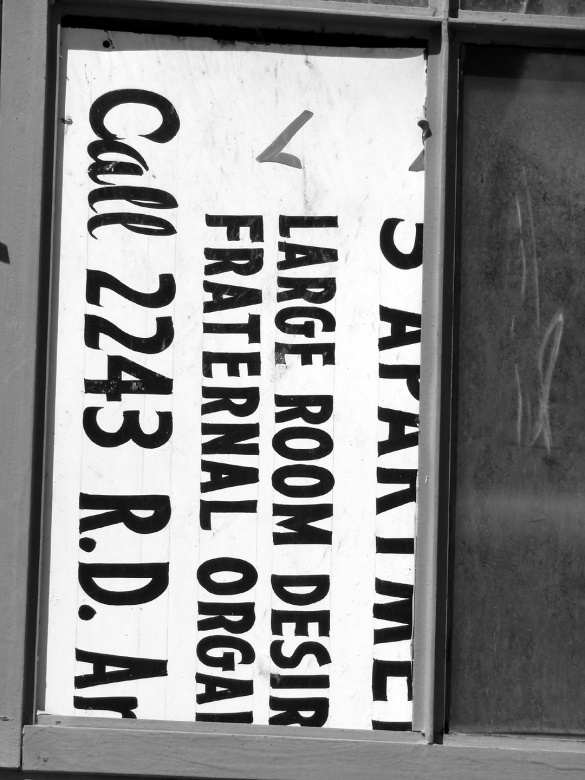